Skylar and Dante met and married as teenagers. But not long after the wedding, Skylar was diagnosed with cancer—for a third time.

Skylar and Dante met and married as teenagers. But not long after the wedding, Skylar was diagnosed with cancer—for a third time.

The young couple was not yet trying to conceive. However, knowing another round of radiation treatment would devitalize Skylar’s ovaries, her oncologist recommended that she take steps to preserve her fertility before beginning cancer treatment. Because of earlier cancer therapies, her eggs were already aged, so this was just the beginning of a difficult—but faithful—journey to parenthood.

Skylar shares how she and her husband overcame unthinkable challenges to welcome their daughter home, thanks to IVF.

My husband, Dante, and I were high school sweethearts.

I remember meeting him for the first time in math class. I was in 9th grade, and he was a year ahead of me. At first, I didn’t like him and thought he was annoying because he made an inappropriate joke in the middle of class. To me, he was another “dumb boy.” Math was my favorite subject, so it wasn’t time to mess around.

This didn’t last long, though. He left within a few weeks, and I ended up homeschooling the last couple years of high school. But I joined a prom committee to support a friend and earn some credits, and guess who I ran into at the first meeting? Dante—that kid from math class.

He jumped out of his black Camaro wearing a green shirt, red shorts, cowboy boots, and a cowboy hat. One thing led to another, and a year and a half later, I married my best friend at age 18.

He is the most amazing man in the world. I would have never guessed that annoying boy in math class would end up being my future husband and “baby daddy.”

But six months into our marriage and one day before my 19th birthday, we found out I had cancer—for the THIRD time.

It is a rare cancer, called gray zone lymphoma, which I’d already beat twice—at age 14 and then again a year later.

The cancer was on my heart. I’d been through tons of chemo, VATS surgery to remove the mass, and 21 rounds of radiation to my chest area. It was gone for four years before coming back.

This time, I endured ICE chemo, a stem cell transplant, and another 21 rounds of radiation. It was a grueling experience, but I was thankful to have Dante by my side during my third battle.

Since the cancer came back below where I received radiation treatment the first time, my radiologist decided he wanted to not only administer treatment to the masses on my spine and behind my heart but also treat everything below that area. This meant my ovaries would be completely destroyed.

So, my oncologist, who is friends with Dr. Anna Nackley at CARE Fertility, told me how wonderful she is and referred me over to her. This is where we began to formulate a plan.

Before I started chemo or radiation, we needed to harvest my eggs—since I wouldn’t be ovulating anymore after radiation.

I did an egg retrieval and got 27 eggs harvested. After chemo and radiation, I went to see Dr. Nackley again to check my ovaries and uterus and learn what the damage was.

My ovaries were, indeed, completely fried. I was in menopause.

Dr. Nackley also told me there was a chance that my uterus wouldn’t be able to carry a baby, as a result of the damage and aging after radiation. But she encouraged me not to worry about it till we were ready to have a baby.

Dante and I had been praying about when to have a baby ever since we got married. We wanted it to be in what we believe to be God’s timing and did not want to start the process before it was time.

Well, after years of prayer we knew it was time to have a baby. We contacted the clinic and got the process started.

The first thing we needed to do was check the status of my uterus, so we did a hysteroscopy. Everything looked normal and healthy! So the next move was to thaw a certain number of eggs and fertilize them.

They had to check Dante’s fertility also to make sure he was good to go. Thankfully, he is a fertile man! We decided to fertilize seven of the 27 eggs.

Soon afterward, I got a call at work from the embryologist explaining that none of them survived. This was heartbreaking to me. I was not expecting this at all.

A few days later, I was speaking to Dr. Nackley on the phone, and she shared her medical opinion and perspective on what we needed to do next.

Dr. Nackley went on to disclose that because my eggs had already been through chemo and radiation when I was 14 and 15 years old, they were already aged.

Because of this, she thought it would be a good idea to go ahead and thaw the remaining 20 eggs and see if we could get a couple of embryos.

This news made complete sense to me, especially since I already knew they were aged eggs… but it still shocked me for some reason. I guess I just thought it wouldn’t be a problem. But, there we were.

So we decided to go ahead and fertilize the remaining eggs.

In the end, out of 27 eggs, we only got four embryos. I was devastated about the loss of the embryos that didn’t make it, particularly as a woman of faith.

It was really hard for me. I got a little bit depressed and was crying a lot. My husband and I took a week off of work to just grieve and spend some time together.

While we were spending some time away, we decided to go to a glass blowing class. We found a beautiful glass blown pumpkin with different blue, pink, and purple hues, and we bought it as a reminder of all our “little pumpkins” lost. I still have it sitting out where I can see it every day.

After about a month, we decided it was time to do an IVF transfer.

We started the process, and did an IVF transfer on April 30. Out of the four embryos we had in the freezer, one was a 5A. They thawed this one, and it started growing FAST!

The time of waiting to find out if we were pregnant felt like an eternity.

On Mothers Day, we did a home pregnancy test and found out we were expecting! We screamed and cried and just praised God. We were so overjoyed. 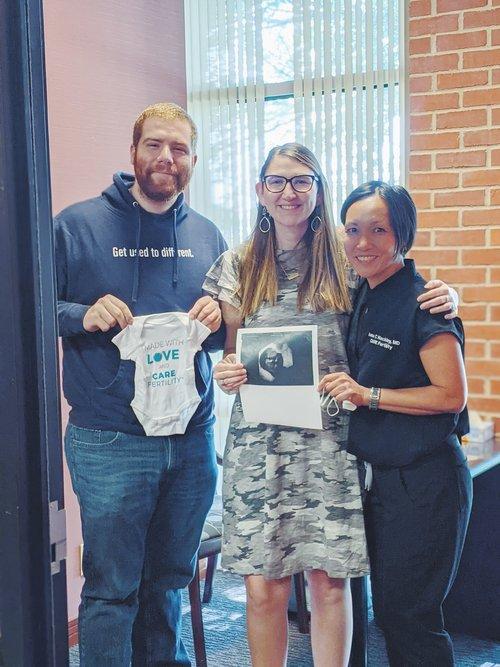 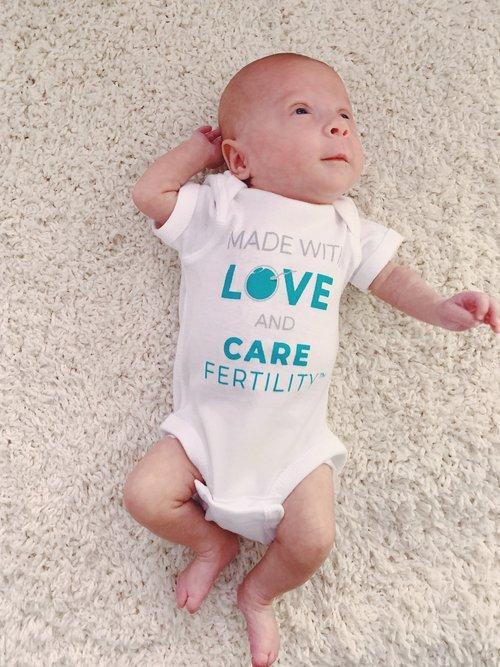 In my sixth month of pregnancy, I ended up getting HELPP syndrome, and our sweet little girl was born three months early.

She is our little miracle baby through and through. 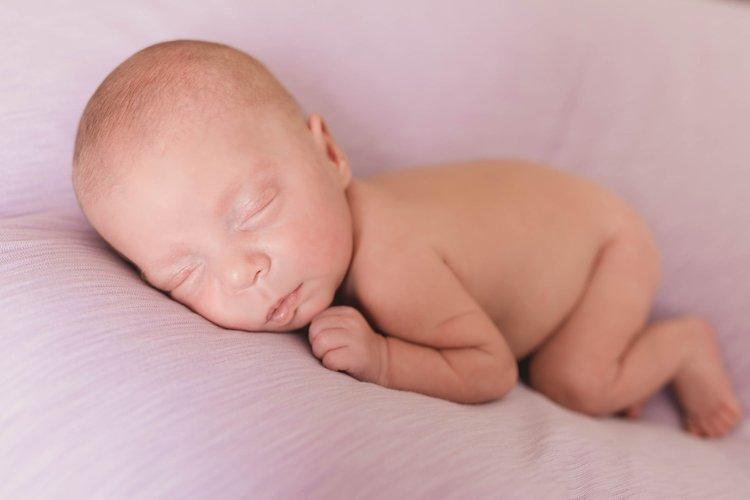 Writing this in mid-February, our daughter now weighs eight pounds and is about to turn four months old.

All my life, my faith has gotten me through tough times. And I am grateful to have a supportive and loving husband by my side. We have both changed so much for the better, and our faith has strengthened in so many ways.

There is not one thing I would do differently in our journey because—through everything we went through to have her—I know faith carried us every step of the way, toward receiving this gift and finding our purpose in life.

If I could give a piece of advice to all the other couples going through this same struggle, it would be to remain faithful that all things work out for the good. For Dante and I, this means maintaining a strong trust in God. Our belief calls us to encourage others enduring a difficult journey to turn to faith, count it all in joy, and know there is hope in the Lord. Apphia Elise Matero was born 10.23.21 and is such a gift and a blessing to everyone who knows her!

We know we are stewards of our sweet girl’s precious life. I am no longer Skylar Matero. I am now, forevermore, Apphia’s mom.